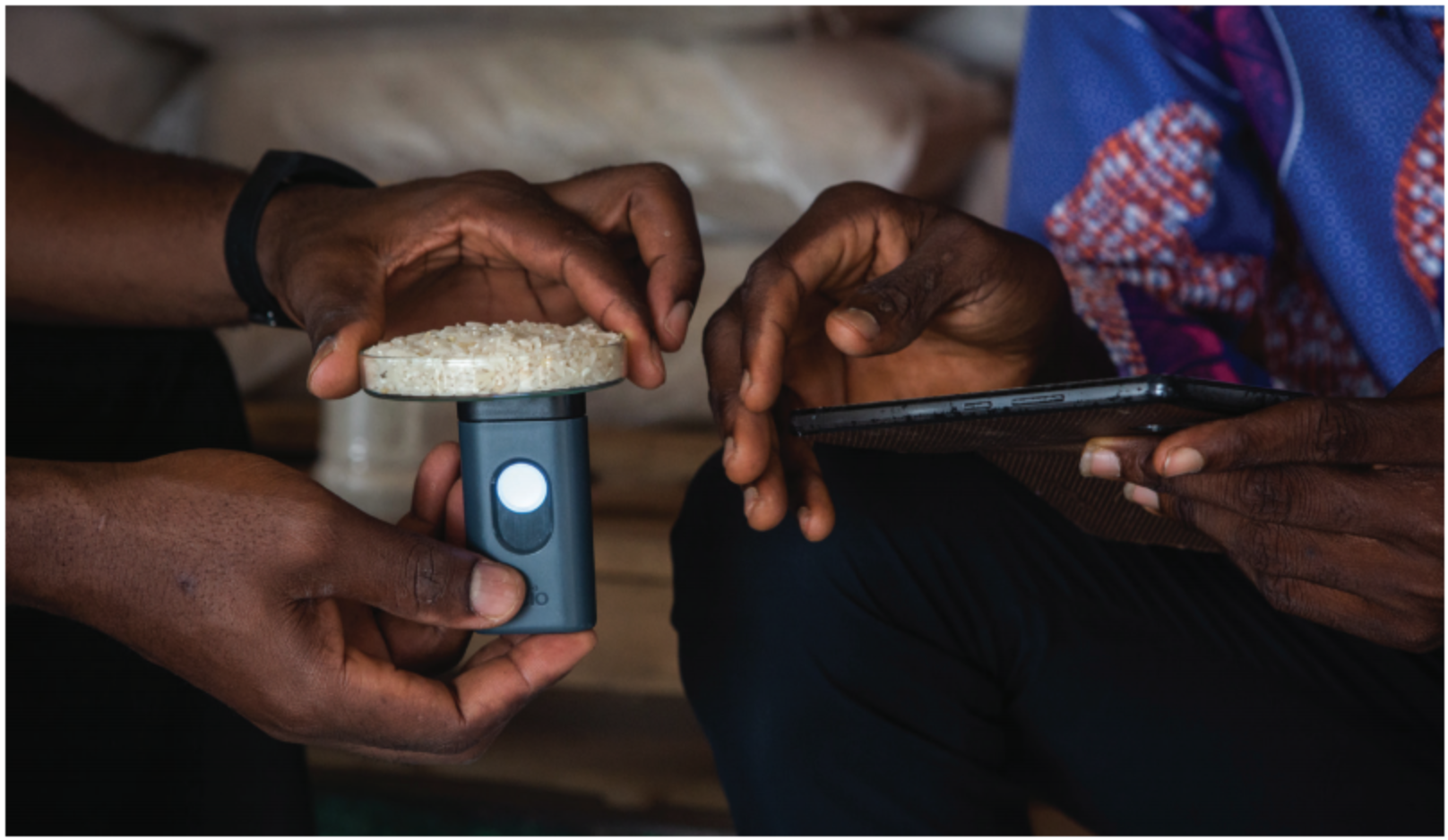 Mary Mcbride, Director, Applied Segment Markets, Sponsored A Request For The Agilent Foundation To Fund This Initiative. A Grant Was Awarded.

Half of the world’s population depends upon rice as their premium staple food. In recent history, rice consumption has travelled far beyond Asian countries to become the fastestgrowing food staple in Africa – and unscrupulous people are taking advantage of this massive business opportunity.

The most common kind of “rice fraud” is substituting low quality rice for premium rice. But more recently, dangerous types of fraud have been detected. For example, old, moldy rice can be bleached and sprayed with chemicals so that it looks and smells like premium rice. Another more sinister fraud is mixing premium rice with plastic that has been milled to look like rice.

These rice problems first surfaced in China. But around 2015, the offenders shifted their attention to Africa, where rice is the most popular and also the fastest growing food staple.

West African ports serve as the major gateway for food coming into the rest of Africa, so an enormous amount of imported rice passes through their markets. Suddenly, families and entire communities in West Africa were becoming dangerously sick after eating rice.

Under the leadership of international food fraud expert Professor Chris Elliott, Director of the Institute for Global Food Security at Queens University, Belfast, the global Fingerprinting Rice team was established to tackle some of these issues.

Their first goal was to create a system to monitor and manage fraudulent rice. They hoped to find a way to “fingerprint” premium quality rice so it could be easily identified in the marketplace as safe. Ideally, consumers could watch the rice being tested and know they were buying clean food.

“But back in 2015 and 2017, It took a long time to determine the difference between an authentic rice and an adulterated rice,” said Dr. Ernest Teye, professor in the Department of Agricultural Engineering, University of Cape Coast, Ghana. “We needed to find a way to quickly identify good rice.”

The Agilent Foundation provided a grant to support this critical research.

“We needed to find a way to quickly identify good rice.”

The Plan To Fight Food Fraud

The team agreed that a rapid screening approach that would work in the field was critical, and that hand-held molecular spectroscopy was a good option. At the same time, they worked on developing an extensive library of molecular fingerprints using thousands of rice samples from China, India, Ghana and Vietnam. The rice fingerprints could be stored in the digital cloud, ready to access during rice testing.

It was a practical plan.

In moments, samples could be matched if the rice was good.

Teaching Those Who Teach And Reach Others

With technology identified and a testing system in place, the team has been sharing their learnings. The two-year initiative is nearing completion, and team members from China, Vietnam and Ghana have been scheduling and conducting international and in-country workshops for stakeholders, and staff and students at their Universities.

The team has also identified biomarkers of authentic rice and intends to drive the biomarkers into the development of new standard test methods at the ISO standards level.

And of course, they are all working to support continued rice testing in their marketplaces. “We are bringing food analysis into the kitchen, to inform people about the quality of rice,” said Teye. “We are now overcoming the problems of toxic rice. We have a simple, rapid robotic detection method and the necessary identifying biomarkers for good rice. Together, this will save a lot of lives. That’s a good solution for all.”

“We are now overcoming the problems of toxic rice. We have a simple, rapid robotic detection method and the necessary identifying biomarkers for good rice. Together, this will save a lot of lives. That’s a good solution for all.”