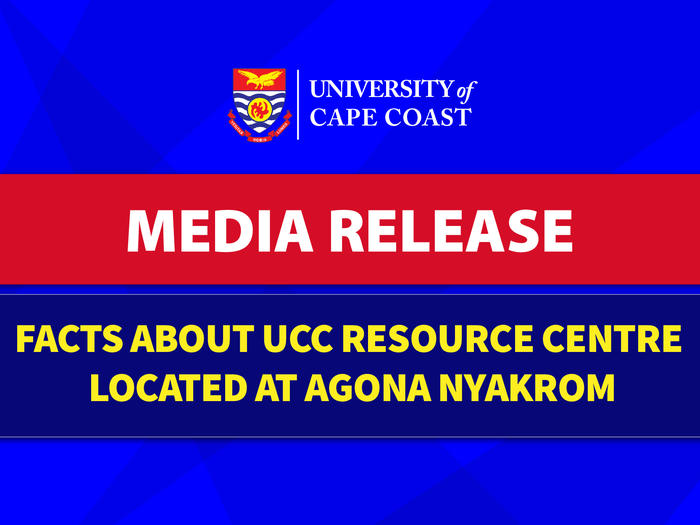 Cape Coast, May 12, 2021: The UCC Training Resort and Conference Centre project located at Agona Nyakrom was started in 2011. The land was generously given to the University by the Chiefs and people of Agona Nyakrom. It is a Resource Centre.

The purpose for constructing the Centre is for residential marking, retreats and also to serve as a training centre for Post Graduate students. It is an Internally Generated Funded project and is expected to be a self-financing facility.

The project has stalled as a result of contractual issues.

It is worthy of note that since assumption of office of the Vice-Chancellor in August 2020, two delegations led by the Pro Vice-Chancellor have visited the Chiefs and people of Nyakrom to explain the contractual issues leading to the delay and steps being taken by Management to resolve them.

On 12th October, 2020, the University held its First Regular Development Committee Meeting at the site. This was preceded by a site inspection by members of the Committee to ascertain the state of the project. These measures were aimed at making the Centre operational in order for the University to achieve its goal for which the Centre was conceptualized.

The contract has been terminated, and the Public Procurement Authority has granted approval for the contract to be re-awarded.

Though the situation is unfortunate, the cause of the delay was purely contractual and thus beyond the control of the University.

The University of Cape Coast would like to assure all stakeholders that Management is doing everything possible to ensure that the Centre becomes operational within the shortest possible time.